Highly successful and creative sales executive in the travel and cruising industry for 35 years. 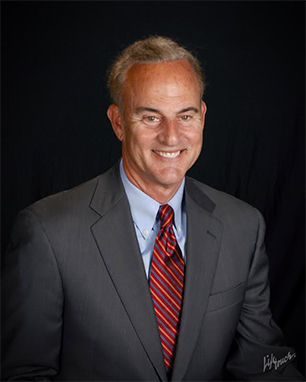 “You were a star, Jeff. You turned a potentially boring panel into something that everyone was talking about…and when people were stopping me in the hall to ask about ‘that moderator’…it cracked me up! You really should consider stand up!”
Diane Petras /Ensemble Travel

“Jeff gets the biggest laughs on the speaker circuit for his speeches, one of which, ‘Till Death Do Us Part,’ on the niche selling cruise potential in the divorce market, is truly a fall-off-your-chair session for those of us who have seen it. Believe me, if you’re a speaker at industry events, as I am, you absolutely don’t want to follow Jeff on the program.”
James Shillinglaw/
Editor-in-Chief travAlliancemedia

“I firmly consider you one of the best in the travel industry! You’ll never know how many lives you influence with your passion for travel and agents! I’m thrilled to be one of those tens of thousands!”
Brent Hubele/Trisept Solutions and VAX VacationAccess

“You really rocked it on stage today – not kidding.  You were so prepared and comfortable and your questions flowed so well. You created a very natural conversation. Everyone was talking about it… a conference highlight for sure.”
Diane Petras /Ensemble Travel Group

“As a couple who has tackled business together, Ally, Scott and their joint business endeavors are personally relatable to many of our members. But, through you, they were able to tell their story in a way that highlighted the driving force behind their success: Purpose.”
David R. Harris
Chief Executive Officer
Ensemble Travel Group

“Jeff Drew once again did an excellent job moderating.”
“Perhaps my favorite presentation of the conference. They were quite interesting and quite up-front with their opinions.”
“Well done – Jeff Drew is the best!”

“Who would have thought that a successful and creative sales executive in the travel and cruising industry for 35 years could step up and effectively emcee a popular St. Louis charitable foundation gala? Well, enter Jeff Drew…whose approach was classy, sincere, and best of all, entertaining!”
Sue Rector, Chair
7th Annual Ozzie Smith Gala to benefit The Gateway PGA REACH Foundation

Jeff has had an incredibly successful career in the travel industry. His career started in the late 1970s with Maritz Travel, which handled incentive travel for many of the Fortune 500 companies. From there, Jeff went on to a post with Lakewood Travel in Boulder, Colorado, handling incentive travel for Coors Brewery. In 1981, Jeff transitioned to the cruise industry, a move that would prove to be a very significant one.

Jeff was hired by Norwegian Cruise Line as a sales representative working out of Boulder. Between 1981 and 1986, he built a strong business selling charter cruises and was promoted to Director of Sales for the West Coast.

In 1986, Jeff, interested in trying the tour business, moved to Classic Hawaii as a Regional Director. With Classic Hawaii, Jeff began speaking at conferences and knew this was what he truly loved. From Classic, Jeff moved to Seabourn, giving him his first experience in luxury cruise sales and continued his speaking engagements at conferences, seminars and road shows. When Carnival purchased Cunard and merged it with Seabourn, Jeff stayed with them and moved to Miami.

Interested in moving back to his home town of St. Louis, Missouri, Jeff took a position with Intrav from 2000 to 2003, which offered small ship and riverboat cruising .

Late in 2003, Jeff heard about another cruise sales job with a new high-premium line called Oceania Cruises. Jeff was hired as Senior Vice-President of Sales, and Oceania was off and running. Jeff stayed with them as they flourished until 2012.

In 2012, Jeff was hired by a new river cruise line, American Queen Steamboat Company, to head up sales. After helping them grow into a very successful line, Jeff retired in 2014.

And now, Jeff is doing what he’s loved since the first time he took a microphone in his
hand. Speaking to groups of people and entertaining them is what really excites Jeff, and he
certainly will excite you.

Drop Me a Line

To contact Jeff or to inquire about his availability for
a speaking engagement, please see below.